Our Technical Director Kai Gockell finished his A-Youth License with US Soccer in July. After having obtained the German Elite Youth License in 2013, he's now holding both A-Licenses of the US Soccer and German Football Federation (DFB), which elevates him in a pretty unique circle of coaches around the Soccer world.

"I'm very excited about this opportunity and looking forward working alongside Coach Mims and the Staff at Concordia. The program has seen big improvements in recent years and I'm very happy to contribute and be part of it now. I will work hard to intensify my relationships in the college world and help our own Texans players with the transition into the schools they aspire after their club career comes to an end." (Coach Kai)

With Coach Alberto Flores being at Concordia for several years, the Texans now have two of their coaches in a college program in Austin.

Way to go coaches, keep up the hard work for our players! 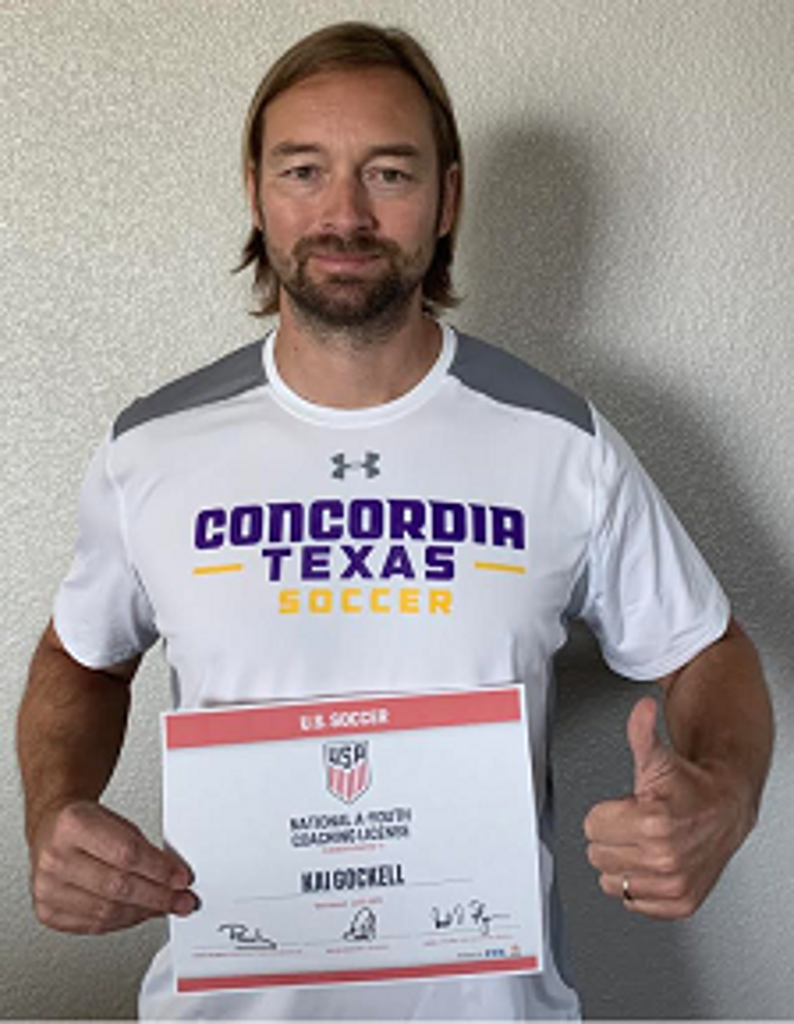